Home › uncategorized › The Dodge dealer who was a car whisperer

The Dodge dealer who was a car whisperer 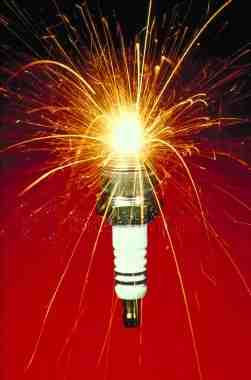 When you don’t know where you are and it’s night, the world is a very strange place. It calls to mind that B movie again, only this time I was the star.

A sign on the highway (yes, I had found an actual highway!) announced that there was a motel – I think it was called Cedar something – and I went to find it. I drove a mile this way and a mile the other and ran out of actual town both ways. I stopped and asked a guy at a filling station. “Up the road,” he said, and I tried again. Then I gave up and stopped at an about-to-close-up restaurant and found someone who pointed up, or down, another road. Armed with a cheese sandwich and a dish of cole slaw, I took the even darker road and found a dimly lit motel. The Cedar whatever it was. Inside circa 1965 – maybe. Clean, simple, quiet, the best motel room I’d ever seen.

But an even better thing was the restaurant where I and a few elderly men had breakfast the next morning. The waitress, a buxom blonde of 40-something, poured coffee as if she had been doing it every morning for most of her life – and I’m sure she had – and worried, but not greatly, about the damage she’d caused her husband’s truck the night before. All the guys knew her, him and the truck, but none of them were worried at all. This was not a woman anyone would take on in a fight.

Anyway, in the daylight and in a populated place, I knew where I was, and I was soon on Highway 90 again, and on my way to Ohio. The landscape was already changing, as it always seems to around borders, no matter where they are.

Chugging along in the little cruiser, I remember I pushed the pedal to the metal to pass two monster trucks and the poor car cried out in protest. Or so it seemed to me at the time. She slowed abruptly; she coughed; she struggled; her Check Engine light pulsed, alongside a brightly lit oil can.

She and I traveled at 60 mph to reach the next exit which was, as it turned out, in Westfield, New York. Who knew? I stopped at the exit to pay the toll and to ask the attendant if there was some place to get my oil checked and fixed. Where had the oil gone? Buzz, the mechanic, had looked the car over from top to bottom before I left Vermont. I imagined it pouring out onto the highway somewhere in New York state.

I stopped where she said: an auto repair place behind an old door in a brick building. Obscure. No one was especially interested. Two guys came out and looked at her oil which was perfectly fine, so they sent me to the Dodge dealer. It wasn’t the first time I was to be saved by Dodge dealers on this trip. It would never have occurred to me to think of the Cruiser in the same breath as Dodge. I know almost nothing about Chrysler or Dodge, and absolutely nothing about dealers of either kind, much less that they were one and the same. But there they were on the other side of town. The guy in charge was one of those people who twinkle. He also knew, almost immediately, just by listening, that the car’s problem wasn’t its oil. It had blown a spark plug.

A Dodge car whisperer! I was saved.

It took about two hours of People magazines and the conversation of the guy who sat at the front desk with another guy who was visiting. They knew all the same people. Who was sick and who was well. Who had died and who had changed jobs. They also knew about old guns and compared notes on them and told endless stories about selling and buying and shooting – but never at anyone. Neither of them said a word about guns as killing machines. Guns were macho antiques. Their wives collected old plates and they collected guns.

You’re right. There’s a mystery in Westfield, New York. Just write one of those guys shooting at his wife, or one of those wives throwing a plate at one of the old men….

The twinkly Dodge guy was bemused by the old woman (me) crossing the country alone in a Cruiser and didn’t know quite what to say. He’d have advised against it. But he assured me the spark plugs weren’t  Buzz’s fault and showed them to me to prove it. The total bill was $146 and five cents. Could have been worse, I thought, as I started across Ohio.

2 comments on “The Dodge dealer who was a car whisperer”